DO YOU HAVE WHAT IT TAKES FOR SUCCESS? (after the military)

“With their skills from the military they should be upper management. Instead they are applying for low entry level positions answering phones. They just don’t know what they are capable of.” I hear it time and time again from friends that run businesses.

My friend Bryan has 400 employees and is constantly on the lookout for above-average people to hire. He tells me it actually sends up a big red flag when a veteran turns in a resume and writes that he did 2 tours in Iraq but he’s applying for a $9 per hour job answering phones. He says “I want to hire them. I need them leading everyone else. I need their attention to detail. I need their commitment and ability to do whatever it takes to get the job done. But if they were so capable of big accomplishments in combat then why do they undervalue their abilities in the civilian world?

You don’t automatically know your capabilities. You have to discover where your limits are. It’s like your first day in boot camp. You start doing push-ups and running. A lot. Before long you are exhausted and muscle fatigue starts to set in. You hit the wall and can’t go any further. You think you are at your limit and want to collapse, right? But then the drill sergeant yells at you and somehow you push past the pain and keep going. All day. Magically you were able to go further than you though possible. You learned what you were really capable of. Then you trained and pushed that limit until your capacity grew. And your distance and speed improved even more.

Who gets tasked the High Value Target (HVT) missions when there is an important or risky situation? That’s right… The people who are most CAPABLE of getting the job done.

Watch out for the Transition Trap. If you don’t apply your skills and aim at bigger targets then you’ll get stuck after you get out of the service. You should be promoting in life and stepping up. Not struggling to be average and just trying to fit in and survive. And certainly not applying for low level entry jobs at the bottom of the totem pole.

ARE YOU STUCK?? You shouldn't be after all you did in the military! 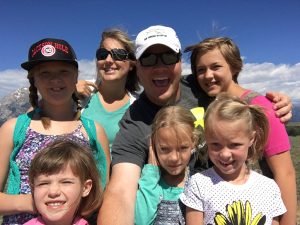 Nic has been to war and back on battlefields in the Middle-East...AND he's been to war in life after the military.

The UGLY TRUTH is he struggled deeply for years until he identified his next HVT in life and applied what he learned on the battlefield to achieving personal & business success.

Now he is dedicated to showing other veterans how to win at the next level after the military without struggling like he did... so we can all live the freedoms we fought for!